or make 4 interest-free payments of $153.50 AUD fortnightly with

(No reviews yet) Write a Review

Pure sine wave inverters use more sophisticated technology to protect even the most sensitive electronics. Pure sine wave inverters produce power which equals – or is better than – the power in your home. Appliances which may not function properly, or which may be permanently damaged, without pure, smooth power will be safe with pure sine inverters. Use these inverters for televisions, laptops, digital microwaves, fridges and other sensitive electronic equipment. Pure Sine inverters can power just about any AC appliance without risk of damage.

The VE.Direct port can be connected to:

The full bridge plus toroidal transformer topology has proven its reliability over many years. The inverters are short circuit proof and protected against overheating, whether due to overload or high ambient temperature.

Needed to start loads such as power converters for LED lamps, halogen lamps or electric tools.

Please see manual for a description.

To transfer the load to another AC source: the automatic transfer switch

For our low power inverters we recommend our Filax Automatic Transfer Switch. The Filax features a very short switchover time (less than 20 milliseconds) so that computers and other electronic equipment will continue to operate without disruption.

No special tools needed for installation 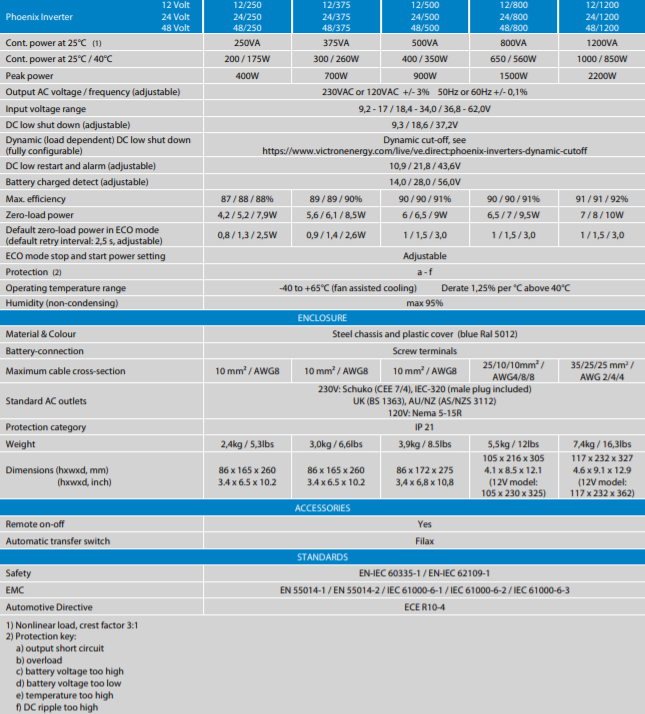 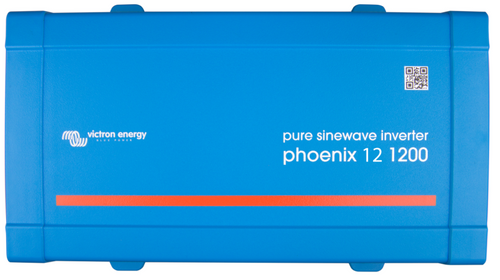